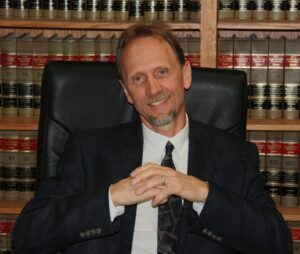 “I provide the same level of care and personal attention to detail in all my cases, no matter how simple or complex.”

John Lange’s primary area of practice has been bankruptcy law almost exclusively since 1986. He has helped Detroit area residents and small businesses overcome serious financial struggles. He has decades of experience in individual chapter 7 and 13 cases and also in business chapter 7’s and 11’s. He has also represented creditors in all bankruptcy chapters. He is frequently engaged in bankruptcy litigation.
Since 1986, he has helped thousands of people discharge their debts and while still being able to keep their exempt assets. He has helped people stay in their homes and saved them from foreclosure. Mr. Lange has relieved his clients of hundreds of millions of dollars of consumer and business debt. He has also helped people eliminate millions of dollars in federal and state income tax liabilities.
Over the last three decades Mr. Lange has earned the respect of both his clients and his peers. His law firm has earned a Preeminent peer and Client Review Rating from Martindale-Hubble. He was voted onto the Super Lawyer list several times. He has frequently been chosen to lecture on bankruptcy topics to large audiences of attorneys, judges and other professionals.

What are the Chapter 13 First Meeting of Creditors and the Confirmation Hearing?

Chapter 13 bankruptcy cases differ from Chapter 7 bankruptcies in many ways.  While both have a mandatory Meeting of Creditors as required by 11 U.S.C. Section 341 (a.k.a.-The 341 Hearing), Chapter 13 cases will also have a SECOND hearing early in the case, called the “Confirmation Hearing”. The term “341 Meeting of Creditors” is a […]

The Impact of Medical Debt in a Bankruptcy

The cost of health care is a major problem for many people and can be a prime contributor in the decision to file personal bankruptcy.  Bankruptcy can be a useful tool to reduce or eliminate tremendous medical bills. Medical Debt and Bankruptcy A 2021 Census Bureau study found nearly 1 in 5 households (20%) couldn’t […]