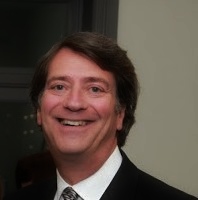 He is board certified by the American Board of Certification in both consumer and business bankruptcy law, a fellow in the American College of Bankruptcy and has been appointed a Life Delegate by the Federal Court of Appeal for the Sixth Circuit and currently serves on its Board. He is currently serving as the Chair of the Advisory Education Board for the American Bankruptcy Institute’s Central States Conference, past Co-Chair of the ABI Ethics and Professional Compensation Committee, past Co-Chair for the Sixth Circuit Judicial Selection Panel and has been recognized for his pro bono services by the Federal, Oakland County and Macomb County bar associations. He frequently lectures for the Institute for Continuing Legal Education, American Bankruptcy Institute, Oakland University, and other professional organizations and is a co-editor of the ICLE publication, Handling Consumer and Small Bankruptcies in Michigan (2009) and co-author of the ICLE publication Bankruptcy and Insolvency in Divorce Cases, Michigan Family Law. Mr. Gold has been honored and recognized by his peers in various publications including Michigan Super Lawyer, DBusiness Top Lawyers, U.S. News Best Lawyers, and Best Lawyers in America.

The Impact of Medical Debt in a Bankruptcy

The cost of health care is a major problem for many people and can be a prime contributor in the decision to file personal bankruptcy.  Bankruptcy can be a useful tool to reduce or eliminate tremendous medical bills. Medical Debt and Bankruptcy A 2021 Census Bureau study found nearly 1 in 5 households (20%) couldn’t […]